at the junction of orchard road and killiney road, take the outdoor escalator into orchard central and you will find yourself right outside pact – an interesting store that houses 3 things under one roof – a hairdresser, a boutique and a restaurant (kilo at pact). having heard rave reviews about this place, my friends and i headed there for dinner last week to check out whether it was really as good as people say it is!

we went at 730pm on a thursday night and the restaurant was nearly full save for a few seats at the bar, so i think reservations are probably a good idea if you are planning on dining there. i think having 3 different things within one common space is quite an interesting concept, and the shop has a very nice, clean and modern/minimalist feel to it with its huge glass windows, concrete tables and floor, and simple wooden seats and walls: 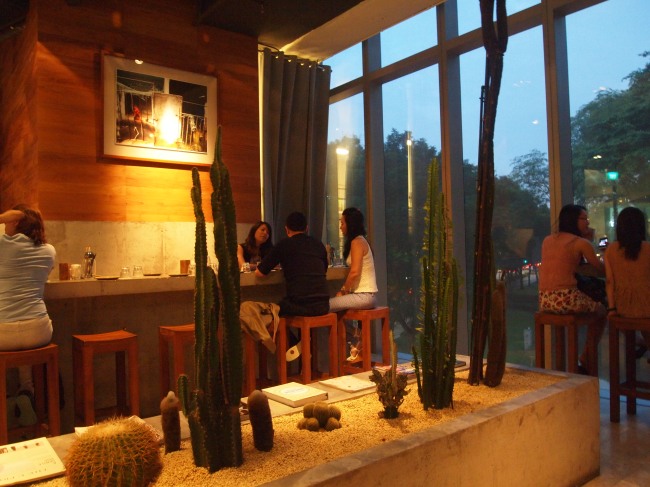 the food is fusion-ish; the dishes are pretty much modern takes on traditional vietnamese/japanese cuisine (eg summer rolls, makis etc). don’t think very much can be seen here (sorry!!!), but if you squint hard enough, you might be able to get an idea of whats on the menu heh:

we ordered 5 items to share among the 4 of us.

first up, the baby eggplant:

we really enjoyed this delicious starter! the eggplant used was very fresh and the tempura flakes added a nice bite to the eggplant (that in regular tempura would normally only come from the entire piece being coated in batter), keeping the dish light. the donburi sauce and marscapone cheese combination was surprisingly good – the cheese added a twist to what would otherwise have been quite an ordinary japanese dish, albeit a very yummy one. it was a really promising start to the meal!

for our second starter we had the tuna tartare, which our waiter said was the most popular raw dish on the menu:

it was a good recommendation! even my friends who don’t normally eat tuna sashimi enjoyed it as the strong taste that sometimes accompanies raw tuna wasn’t there at all, probably because the tuna was nicely seasoned. the tuna was very fresh and despite it being a tartare, the pieces were distinct and not too finely minced; they retained a chunkiness to them which i really liked. it would have been nice if there was a little more avocado though. we also couldn’t taste any wasabi at all! a very yummy tartare that went well with the flour chips.

we also opted for the mentaiko pasta: 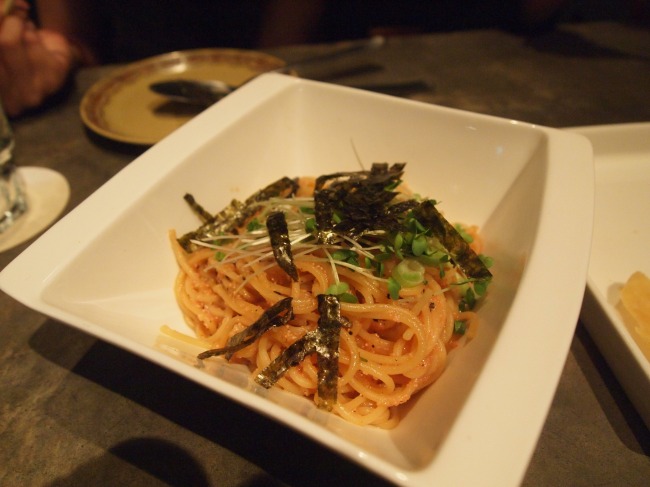 i know it doesn’t look great in the picture, but i really enjoyed this dish! it was simple, but super tasty. they were generous with the mentaiko and the spaghetti was done just right with a nice bite to it. it wasn’t a sauce-y spaghetti, but wasn’t dry either. despite this being quite a common fusion of italian and japanese food, i was still impressed with this dish because i thought it was well-executed.

i can definitely imagine myself returning to pact for lunch one day and ordering a rice bowl for myself. besides the beef being tender, juicy and well-cooked, the rice was really yummy! no idea what nigata rice is and what makes it different from other types of japanese rice, but the rice was delicious! we all figured they must have seasoned it with something. it was sticky and moist, the texture somewhat resembling what you will get with mango sticky rice. eaten together with the beef and the vegetables that accompanied it, it was a satisfying dish that was not too heavy despite the carbo, and seemed very “clean”.

our fifth and final dish was the salmon avocado sushiro:

the sushiro was like a giant maki, which they very kindly cut into 4 so that we could share it easily. this was the last dish to arrive at our table, and the one that i felt was the most disappointing. it was rather average and i thought there was nothing that set it apart from regular sushi rolls! although i liked the fact that it was packed with ingredients, i would have preferred the rice to be less compact; it was almost like a huge mass of rice. the sushiro was accompanied by a side of soy flaxseed chips, which were nice, but i didn’t (and still don’t) really see how they complemented the sushiro. doubt i’ll order this again – it is filling and i feel that there are other more interesting things on the menu to be tried.

all in all, we had a great dining experience at kilo! the food was a refreshing change from run-of-the-mill cafes and restaurants, and ingredients used were fresh and of a high quality. however for the price we were paying, we all agreed that the servings were on the small side and could definitely have been bigger. dessert choices are also not very extensive and we ended up heading to cold stone creamery downstairs for a yummy dessert fix! besides that though, no other complaints at all! i will probably be back 🙂 i would love to try their weekend brunch menu! 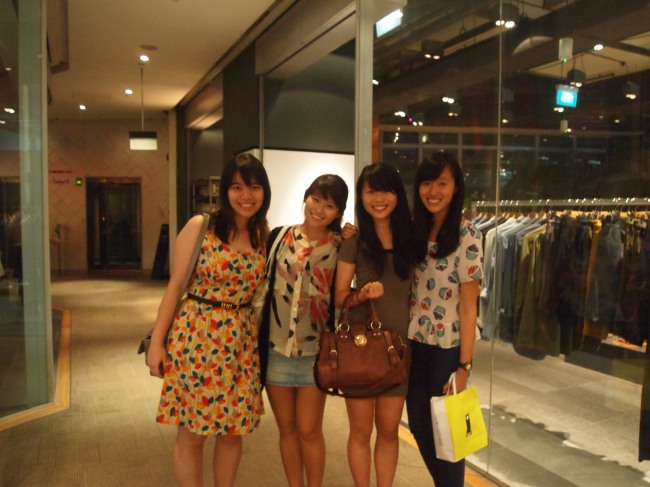 (given the nightmare that navigating orchard central is, the easiest way to find kilo is to take the outside escalator from the intersection of orchard road & killiney road as mentioned above!) 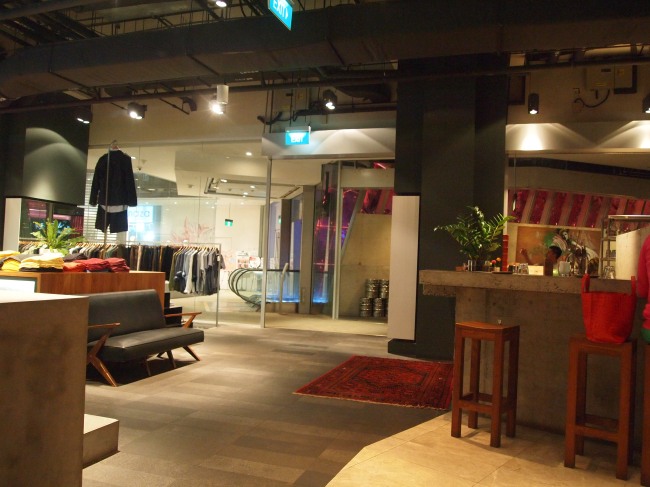 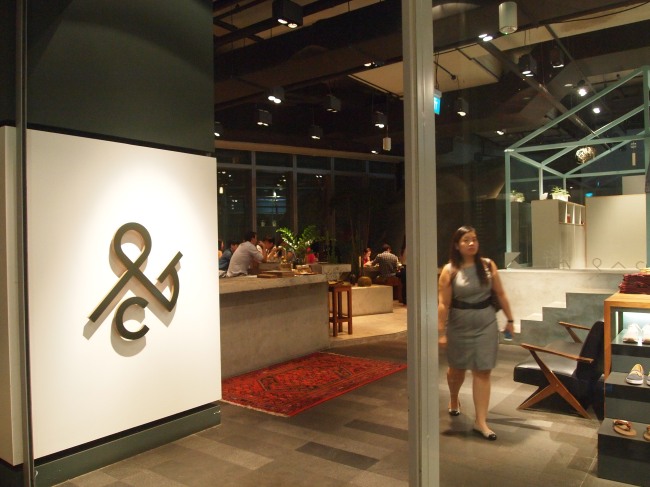